A Quest for a Better Than Good Enough Marriage

by Sally in / Ideas
1 people think this is good

…embark on Adventure together! What I mean by that is, I’m really glad that I am not my husband’s adventure. I am not THE Big, Exciting, Fulfilling Thing in his life. Yes, our relationship is important to both of us, but we want to go on an adventure together. We

by Rick in / Ideas
No peoples think this is good

30 Days to a Better Relationship.

Now, I don’t know if this idea would work for everyone… Several years into our marriage we realized that sex before an evening out works better than sex at the end of the evening. I’m not sure why it took us so long to figure this out. I guess it’s

by Sally in / Conflict / Ideas
No peoples think this is good

When our son was just a little guy, he would sometimes get fed up with his older sister…as younger brothers are prone to do. For a brief period of time, he would respond to her bossing with, “Be nice, poopoo baby car!” Too brief, if you ask me. What he

by Sally in / Communication / Conflict
No peoples think this is good 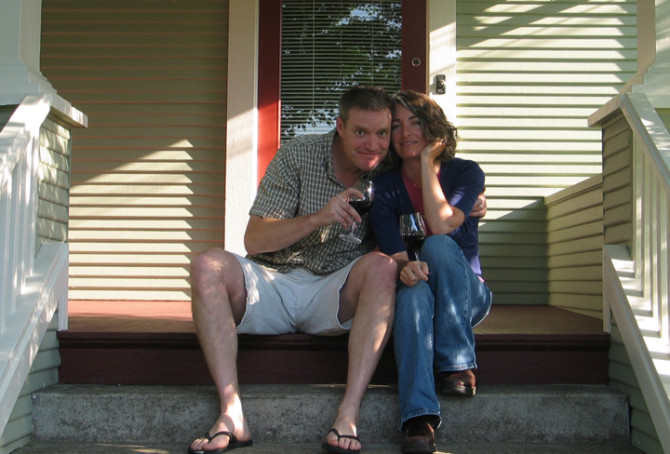 I young woman asked me this recently: “When I sense distance between me and my boyfriend, I tend to want to talk it out and come to agreement quickly, but he tends to want to process by himself for a time before he talks it out with me. Is this

What emotional response do you have to conflict? The reason I ask is because early in our marriage, when we would have conflict, I would feel sadness and Rick would feel anger. Here’s how it would play out: We would have an argument. Then I would, hating the feeling of

by Sally in / Ideas
No peoples think this is good

This one’s gonna be touchy. I’m going to say it anyway. Ladies and Gentlemen both: try to look good for each other. I will now make a couple of sweeping generalizations: • Women seem to get turned on when their man does/says things to make them feel loved. • Men

by Sally in / Communication / Spirituality
No peoples think this is good

Within the first two years of our marriage, someone suggested the book, “The 5 Love Languages” by Gary Chapman – it totally blew our minds. I recall being occasionally frustrated by what I could only attribute to a husband who was clinically nuts – rushing around after he got home

Back when we were just young pups, and our kids were little, we met with a very wise mentor who asked, “Have you been going out and spending time together away from your kids?” Most young parents recognize the need (or at least the desire) to get away for an

by Sally in / Communication / Conflict
No peoples think this is good

Resolve… and Agree to Agree